There are four must-do stops in central Arizona. Each stop requires on average about an hour including driving between them. So, during transiting between California-Phoenix-Tucson there is something to do. 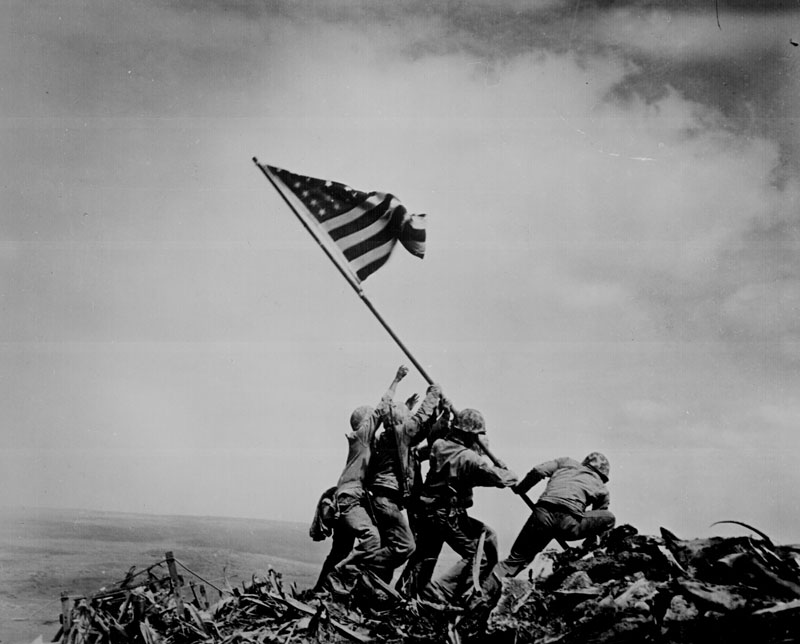 Ira Hayes is the Marine on the left in this historic WWII photograph – Photo by Joe Rosenthal, Associated Press

This stop, Sacaton, is the northernmost of the four but all are close by. It is important because the local memorial park honors Ira Hayes, but also men and women American Indian veterans. The monument contains rock from Mt. Suribachi on Iwo Jima where the flag was raised. The memorial park is named the Matthew B. Juan – Ira H. Hayes Veterans Memorial Park as Matthew Juan, also a Pima Indian, was the first Arizonian killed in World War I. Others honored include women veterans and Purple Heart veterans. Map

The Windmill Winery company built an oasis where you can relax, enjoy the lush scenery and sip on fine Arizona wine. Interesting and friendly animals greet you when walking the path to the tasting room. Around to the side is the outdoor tables and shady oasis for an enjoyable lunch. Map

Here is one of the largest prehistoric ‘developments’ in North America. Development is the correct word because the local people built a large community house, in Spanish the Casa Grande, or great house. Also, there are canals and multiple family homes that are clearly part of a thriving community. Map

Layout of the Casa Grande development in Arizona – source NPS

This development, in 1892, was the first prehistoric and cultural preserve established in the United States under President Harrison. Prior to this protected status, natural deterioration and visitor abuse had taken its toll on the structure. Unearthed since then are canals, dwellings, and artifacts as part of an ongoing program to understand who the people were and how they lived in the local area. While the people of Casa Grande Ruins are not identified with any specific tribe of today, the native peoples are known to have farmed and traded with others.

Located near Coolidge, Arizona, there are major highways nearby and services. It is possible to pack a lunch and munch while wondering how the ancient people lived and laughed hereabouts. Sun protection is recommended and heavy rains do occur. Find out more at the National Park Service here.

This was fought by troops from California intending to drive Confederates out of Tucson. The Arizona Territory was a Confederate slave territory. It is the westernmost battle of the Civil War. Combined with the critical Union victories in New Mexico, it helped in making Arizona no longer a Confederate territory. All of these places are easily accessed from the interstate – and it is almost in Tucson.